Is Annabelle inspired by a true story? When it comes to scary dolls in the horror movie world, there’s surprisingly fierce competition to be the most terrifying toy, with characters like Chucky and Billy from the Saw movies. However, the winner must surely be Annabelle, the sinister little doll from The Conjuring franchise.

Annabelle has so far appeared in just about every episode of the ghost movie series to date, and even has two solo movies. She’s basically the horror version of MCU character Nick Fury at this point, tying the whole supernatural universe together.

But where the hell did the creators of the Conjuring films get the idea for this cursed toy? Well, we wish we could tell you that it’s all made up, but that’s just not the case. So here’s Annabelle’s true story.

OK, so first of all, let’s look at the physical doll. While the appearance was exaggerated by James Wan for the incarnation in the Conjuring franchise, there is indeed a doll that Annabelle is based on. Annabelle doll is inspired by a Raggedy Ann doll, a popular children’s toy that looks much softer than the movie version.

The real Raggedy Ann doll is made of fabric rather than porcelain and seems much more kid-friendly. For the doll’s big-screen portrayal, Wan decided to refine all of Annabelle’s features, making her both more realistic, but also unsettling and unsettling.

The real doll indeed ended up in the possession of Lorraine and Ed Warren as well. How the doll becomes a vessel for a demonic presence, however, is a different story in the movies than in real-life events.

In Annabelle: Creation, we go back to 1943, where a toymaker named Samuel Mullins made a doll for his daughter, Annabelle. When their car breaks down, Samuel and his wife Esther tragically witness their daughter being hit by a car, and in their grief they pray for her to be brought back to life. 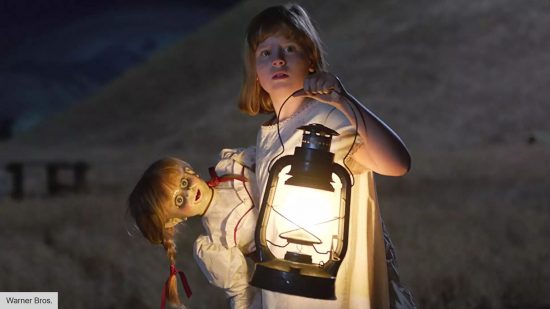 Unfortunately, these prayers are answered by a demon, who takes Annabelle’s spirit and possesses the porcelain doll. When they realize the spirit is malevolent, Samuel and Esther lock up the doll. She lies dormant for 12 years, but you can never hold an evil spirit for long.

When the Mullins couple offer shelter to Sister Charlotte and the orphans of Saint-Eustache, a young girl named Janice comes across Annabelle and unwittingly releases her. Chaos ensues, of course, but Janice is eventually adopted by the Higgins family and named Annabelle, after being possessed by the spirit. 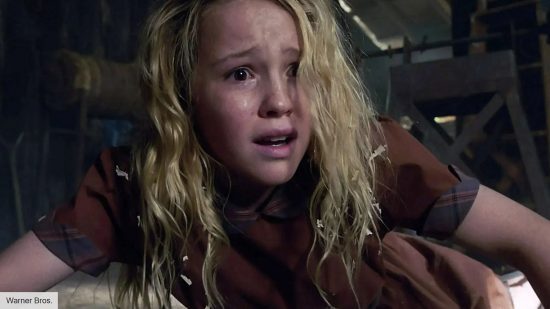 This reincarnation of Annabelle eventually grows up to create a dangerous cult called The Disciples of Aries and orchestrates the murder of her adoptive parents. Their neighbors, John and Mia Form, investigate the disturbance, thus setting in motion the events of the first Conjuring film.

However, John and Mia Form are fictional characters and never had any involvement with the real Annabelle doll that caused all the fuss in the 70s. In fact, the doll was given as a gift by a mother to his daughter, Donna, on her 28th birthday. 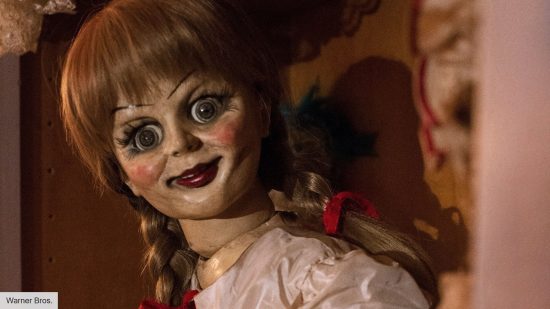 Donna, a nursing student, reported that the doll behaved strangely. A medium corroborated this, claiming the doll was inhabited by the spirit of a deceased girl named Annabelle. When the Warrens learned of the situation, they took the doll and locked it away in their museum of supernatural artifacts.

If you know anything about the Warrens, you’ll know that their stories have come under intense scrutiny over the years and many of their ghost and demon tales have been discredited. 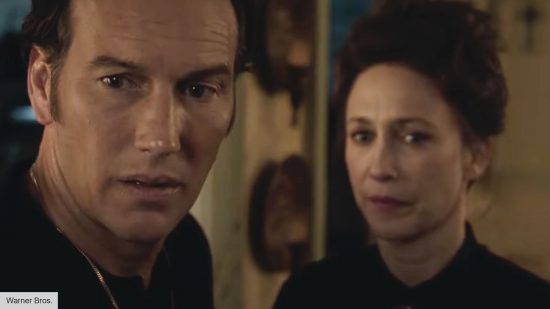 Investigations into the existence of the Satanic Cult have proven that no such organization has ever committed any of the acts of violence detailed in Annabelle doll paranormal folklore. This part of the film is entirely fictional.

Indeed, the doll’s owners never even tried to get rid of the doll and insisted that none of the unusual behavior surrounding it was ever serious enough to warrant drastic action. They willingly passed the doll on to the Warrens, but not necessarily because they feared she would stay in their home. 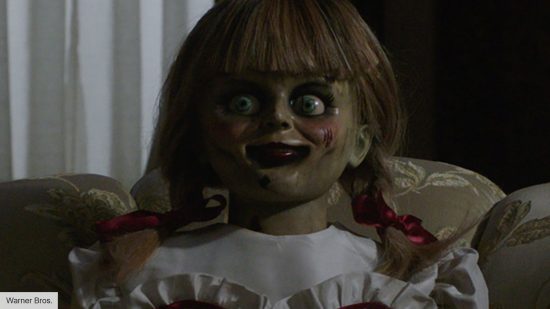 However, according to Donna and her roommate Angie, the doll often appeared in different positions and areas of their small apartment. Although subtle at first, the doll eventually began to appear in different rooms from where it had been left before, and was often discovered with arms or legs crossed, which the doll was not designed for. TO DO.

So while there was indeed a bizarre doll, who may well have been guilty of some unusual behavior, the story you see in the Conjuring movies is hugely exaggerated and embellished for entertainment purposes and we cannot not exactly call them movies based on a true story. 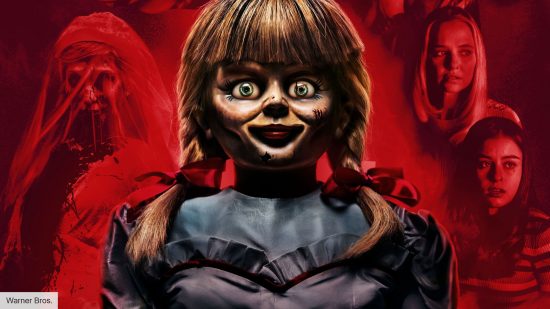 Between the slightly disturbing report from the doll’s owners, the Warrens’ controversial account, and the truth-distorting Hollywood treatment, it’s hard to know what’s real and what isn’t in Annabelle’s story. Either way, we think it’s best never to buy a scary doll to minimize the risk of manifesting a demonic spirit.

If you want more scary true stories like this, check out our breakdown of the true story of the Conjuring Witch Bathsheba. Or walk away from the ghosts and read the eerie true story of Eli Roth’s Inn.

Candace B. from Kansas visited the museum this week and wrote, “Wonderful museum and outstanding informative tour!! Highly recommend visiting this interesting museum.” These are very welcome thoughts, and we appreciate them. We had several rounds with an interest in tracking family members. Candace has family records traveling by covered wagon from Strawberry Point, Kansas […]

Which historical doll will be crowned the scariest? | Smart News

Vote for the scariest doll via the center Facebook and Instagram pages. Nate DeBoer Photography / Olmsted County History Center Anyone troubled by Victorian starring nightmares porcelain clowns or empty eyes dolls would be well advised to skip an annual event hosted by the Olmsted County History Center in Rochester, Minnesota. As since 2019, the […]

Kitagawa as Shizuku-tan If you’ve watched Sono Bisque Doll Koi Wo Suru also known as My Dress-Up Darling, chances are you’ll probably identify with one of the series’ main protagonists, Gojo or Kitagawa. Gojo being the introverted guy never had a friend in his life, but his honesty led him to be with the modern […]